Pages on this Blog

The Toothless Wonder
by Ruth Cox

Rarely in my lifetime have I committed myself to resolutions for a new year; however, I have stated goals each new year which I guess amounts to about the same thing. For this writing I'd planned to share my goals for the new year and a recap of the previous year. But, first things first.

My investigative urges always take me to interesting places and newfound snippets of knowledge. I'll share what I found interesting, but also for further reading you may want to visit Recapitulation Theory at Wikipedia to learn much more. What I found applicable to me is that birds do not grow teeth although they do possess the genetics for so doing.

You may now be thinking, What in the world does this have to do with Ruthi's recap of 2010? Well, I'll come back to this a bit later! Right now I will recap my past year. Three life happenings will reign in my memory as the most important of my life-changing events in the year 2010.

On May 19th my youngest half-sibling died of cancer. This was a heart-wrenching event in more ways than one. My brother's death and my family's reactions to it (as apply to me) confirm what I've known, but ran from, for thirty-five years: I lost my brother decades ago; when our mother died in 1975 I lost my family. Period.

Had she lived, July 12th would have been my mother's seventy-fifth birthday. Now this date will also be remembered as the day my dog Scratch died. Loved ones come and go and we cannot always choose the time of which these losses will occur, nor can we always choose the tolls to be paid with each loss, and (in my opinion) we can never "get over" the loss of loved ones. Closure is but an imaginary thing.

My third life-changing event occurred on October 19th. I became a first-time grandmom! The moment I saw my son cradle his newborn son to his chest was without a doubt the most profound moment in my lifetime. I felt as though I were watching my life fly by in a flash and it had flown full-cirle. I felt as though my destiny was done.

As I sat here today reading and re-reading the biological passages relating to life stages this toothless bird snippet kept gnawing at my thoughts. My mind flew back in time to the goals I'd set for myself at the beginning of 2010. Some I reached and some I did not. However, the little birdie in my brain tells me now that although a goal was unmet it does not mean I didn't possess what it would have taken to bring the goal to fruition. And I assure you I shall chew on that toothless bird snippet throughout 2011 as I commit to bringing this year's goals into being.

My goals for 2011 are simply stated in three words: peacefulness, positivity, and productivity. No matter what life brings I am equipped to have a year filled with peace; no matter the negative in my world I am capable of remaining positive; and, no matter the pitfalls or the downfalls of my days I possess what it takes to be productive.

There is birth and then there is re-birth. And the new year springs forth as a reminder of life starting anew. And my destiny shall never be done. Like the bird who lacks teeth, but has the genes needed to grow them, I have the power within me to choose my destiny and choose it I shall. I will reach my goals in the year 2011, if only by the skin of my teeth, and proudly proclaim the toothless wonder. 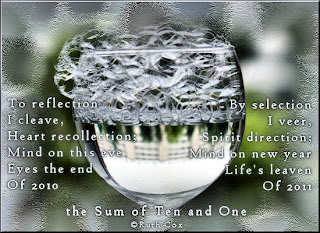 Posted by Ruth Cox aka abitosunshine at 7:16 PM

I appreciate your comments!
Blessings & a bit o' sunshine! Networking Works - IF we work it! 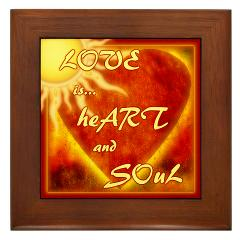 the ART and SOL of LOVE 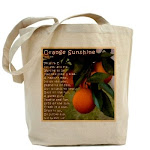 Places I can be found...